Mapping, Management, and Mitigation: How Peatlands Can Advance Climate Action in Southeast Asia

Southeast Asia is home to over 54% of the world’s peatlands — tropical wetlands which have a major role to play in climate action. But they are being deforested rapidly: Around 25 million hectares of tropical peatlands in Southeast Asia have been deforested and drained over the last three decades alone, and only 6% of peatlands remain untouched.

This is a major blow to the region. These terrestrial wetland ecosystems help regulate water flow by capturing rainwater during the wet season and slowly releasing it during the dry season. They are also key habitats for endangered and rare species of both plants and animals, and are essential for the livelihoods of local communities.

Additionally, they are an important carbon store in the global carbon cycle; more than three-fourths of global peat carbon stocks (52 Gigatons) are stored in Southeast Asian peatlands. Their destruction warrants global attention.

Peatlands have been under threat for years due to the high demand for agricultural lands, and the majority of peat swamp forests in Southeast Asia have been converted into oil palm plantations. More than 45% of the region’s peat swamp forests that have been logged or drained are incredibly flammable, and since fire on peatlands can spread below the soil surface, peatland fires can be difficult to extinguish. This then leads to the release of carbon into the atmosphere — converting one of the Earth’s most efficient long-term carbon sinks into a short-term carbon emission source. 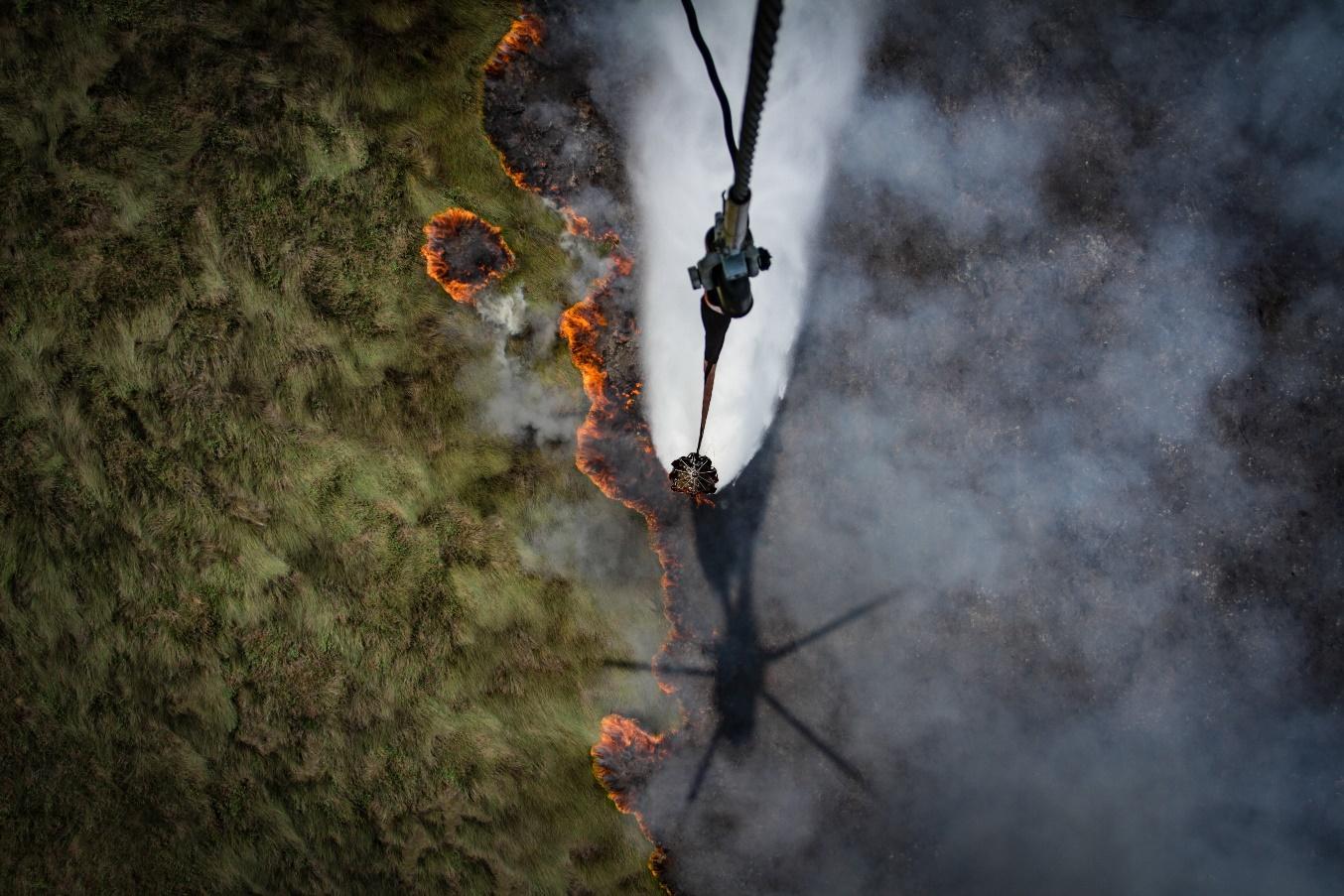 One of the key strategies to monitor and maintain peatlands is mapping. This helps experts to identify where peatlands are and enables them to accurately monitor changes in peatland conditions to help avoid degradation and effectively plan any necessary restoration.

Furthermore, mapping peatlands can help countries to plan and better manage this carbon-rich ecosystem, mitigate climate change and adapt to it more effectively. Without an accurate peat map that covers a national scale, managing peatlands is not going to be easy.

In Southeast Asia, however, not all countries have developed peat maps to support peatland management. New and advanced satellite-based peat mapping methods can help.

The Government of Indonesia, where most of the region’s peatlands are located, launched a national peat map in 2019. Malaysia also has a well-developed peat map, both in Borneo and Peninsular Malaysia. But of the estimated 23.6 million hectares of peatland in the region, 23% remains unmapped, and there is no nationally recognized peat map in other Southeast Asian countries. In some areas peat mapping is still ongoing through independent research/projects — such as the Mekong Peatlands Project.

The importance of mapping all peatlands in the region, by providing peat maps at the national level, is one of the targets mentioned in the ASEAN (Association of Southeast Asian Nations) Peatland Management Strategy (APMS) 2006-2020. APMS aims to guide these countries to sustainably manage peatlands and reduce fires and associated haze within the ASEAN Agreement on Transboundary Haze Pollution framework agreed in 2002.

Unfortunately, limitations — including a lack of capacity in monitoring the implementation progress of the APMS; absence of consistent budget at the national level; and a lack of manpower, technical capacity, and standard methodology to map peatlands — mean progress on mapping is slow in countries with smaller peatland areas.

Other factors hindering mapping progress include:

Comprehensive peat mapping is essential to better understand their extent and status, and consequently to increase our awareness to safeguard them. Indeed, the first thing that should be done is to define what peat/peatlands are, following the most common soil classification adopted by many countries in the world such as The World Reference Base for Soils (WRB) and Soil Taxonomy based on USDA-NRCS[i] classifications, or other recognized classification systems.

New and advanced satellite-based peat mapping methods — using remote sensing and geo-spatial technologies — could be implemented across the region to map peatlands to support sustainable peatland management. By using this method, besides helping access to hard-to-reach areas, the intensity of field observations can also be reduced up to 75%, making it more efficient and cost effective.

Above: Satellite-based peat mapping and ground-truthing (illustrated by: GFW)

Peatland management in Southeast Asia is a complex issue that needs to be resolved in an integrated manner, not only at the regional/national level but also at the sub-national/provincial level. ASEAN initiated the Sustainable Management of Peatland Forests in Southeast Asia (SEAPeat) project, supported by the European Union during 2011-2015 which included mapping peatlands as one of its activities.

Currently, through Sustainable Management of Peatlands Ecosystem in Mekong Countries (GEF Mekong Peatlands Project), three nationwide peat maps of Cambodia, Lao PDR, and Myanmar will be produced[iv]. These maps will be prepared using analysis from satellite imagery and ground-truthing surveys.

Satellite-based peat mapping is a promising opportunity for Southeast Asia to help conserve remaining peat swamp forest and prevent further degradation of already degraded peatlands. It is essential that a range of actors — from local government to regional organizations, private sector to international organizations — join forces to finance peat mapping to help ensure this method is implemented equally across the region.

More collaboration between third parties to support national agencies is essential to make peat maps available at the national level in all Southeast Asian countries, and help to reach climate goals.

[ii] It should be noted that peatlands are fragmented by land use and relatively flat, so that high spatial resolution imagery is needed (e.g., Lidar).

[iii] Ground truthing or field verification is the activity of verifying remote sensing data collected through satellite imagery by collecting Informations on-site through surface observations and measurements in order to compare the pixel image with the real data of a location.